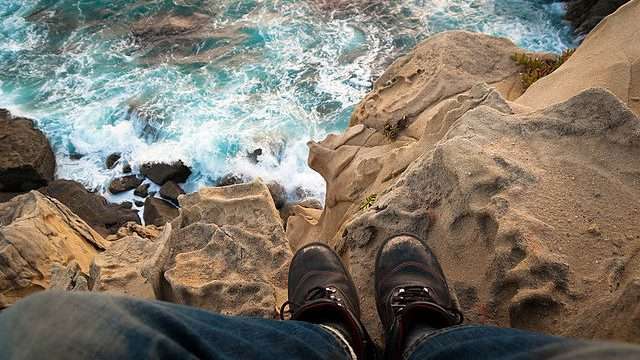 One Sunday morning we had some technical difficulties with our in-ear monitor mix, and the lead singer couldn’t hear the stem track cues for when to start singing. This was not his fault, and in that moment there was no turning back. We were starting the opening worship song one whole verse behind the track! In this moment the song was tanking. What were we to do?!

What would you do if this happened to you in a worship service?  A song can go wrong at any time, so you have to be prepared. Here are a few ways to help you get through any worship service.

You have to know the song. (Check out this previous post on how to make the most of your worship practice time.) In a moment’s notice you could have to repeat a chorus or extend the bridge so you can follow your leader and how they feel the Spirit moving in the service. Even if your band usually follows the chart closely, the leader could make a mistake and repeat a chorus where you haven’t rehearsed it before. These unforeseen problems require preparation from solid practice time. Playing acoustic is an important job. When you’re playing on stage you’re not up there for performance or any other reason but to serve God. You have to do that with excellence.

The lead singer is the leader of the worship song. The music is just the setting for the lyrics, and the lyrics are what people connect with God on the most. Despite the structure of a particular version of the song you may have learned, you have be ready to adapt. Acoustic players have to be some of the most flexible players on the platform. Drums can keep the same beat going. Keyboard players can stay on a pad playing the root note of the song. Other musicians can usually drop out in the transitional parts, but many times, acoustic guitar players have to be ready on the right chord at the right time.

In the example I gave where our singer missed his cue from the track, none of us knew which way he was going to go. We stayed in a holding pattern on the intro until we could figure out where he was going next. Once he sang the first lyric, we all caught on and following his direction. You can think of your role as the acoustic guitar player like soldier awaiting your next order. In your band, you are a part that makes up a stronger whole, but a band is only as strong as its weakest link. Everyone has to be moving in the same direction.

Whatever you do, don’t wear it on your face! It’s easy, if not natural, to make a face when a worship song tanks. Bad notes, wrong chords, forgotten words – all common examples of mishaps in worship. One thing I’ve learned over the years is that your mistakes on stage are not nearly as evident to the congregation as you think. As long as you keep going and act like nothing is wrong, most people will never know something happened. You just have to make sure you don’t tell them with your body language and facial expressions.

What happens when you’re under fire will reveal the quality of your preparation time. Your habits become public. If you’re prepared, you follow your leader, and you keep calm when something goes wrong, you will play acoustic in worship with excellence.

In the example I gave earlier, it ended up being a good thing that we stuck the song out and played through the adversity. At the end of the song, we were free to end it however we wanted to instead of playing exactly with the stem track.

The role of the worship band is to lead the people into the presence of God through song. The music part of the service is only one piece of the whole experience, but you still want it to be powerful. When you play your acoustic, play it like God is right there next to you. Like you’re in His direct presence in the room – because you are!

Have you ever experienced a tanking song like this before? How did you handle it? Leave a comment below and join the conversation.

Featured Image: “On the Edge of a Tafoni Cliff” by Orin Zebest is licensed under CC BY 2.0