Get the book! | "Memorizing Worship Songs" -> CLICK HERE!
You are here: Home / Guitar / The Acoustic Worshiper’s Guide to Alternate Tunings 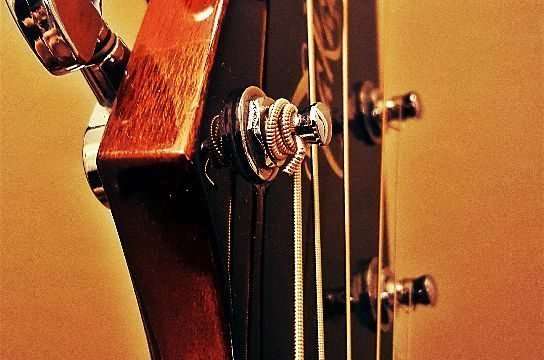 Back in my early worship band days (high school and college), there was one song that was played with an open tuning, and it was a fun one to play. It had a good mix of strumming & picking, plus the odd tuning sounded really cool! However, the down side to that whole setup was that I had to have a spare acoustic with me on stage. Before service I would tune that second guitar to its open tuning and leave it sitting ready for that one song. Maybe it was a lot of extra work for little gain, but it sure was fun to play!

So there are many ways you can use alternate tunings to add variety to your worship set. Here are some of the ones I’ve found are most useful:

One simple way to play with an alternate tuning and still play a variety of sounds and styles is to tune your guitar a half or whole step lower – keeping it in standard tuning intervals. For example, to tune down one whole step, you would go from EADGBE to DGCFAD. I’ve used this technique before, and it almost gives you a baritone guitar sound.

The main advantage is that it fills up the lower register of the song in a way you couldn’t do in standard tuning. This is highly effective when your acoustic guitar is the only instrument.

The downside would be that you have to transpose the chords into a different key since you are now a whole step lower. In the example above, an E chord shape now becomes a D sound. This is most useful if you actually need to transpose the song into a lower key.

Drop D is probably the most common alternate tuning out there. It involves tuning your low E string to a D note. This really helps you get better low-end out of your guitar as in the first method mentioned, but it drastically changes the chord shapes. The G chord is still doable but it just takes some practice. I found that sometimes the best case to use Drop D is when the song is actually in the key of D.

There are also a lot of cool riffs you can do over a D chord using the open D, A, and D strings. I’ll be posting a video of some examples of how to use Drop D effectively.

Sometimes you can just lower the B and maybe the high E strings. This changes your sound and gives you some different chord options. I’ve tuned the high E string down to D for a song that was in the key of D. Then when you play xx0230, the smallest string gives the chord a different sound. You can also mix this with drop D and play 000230 for a really big open sounding D chord. Again, you just have to sort out what that does to the rest of the chords you’re playing in the song.

I’m working on an alternate tuning guide. Send me an email here if you’re interested in it. Let me know what you want to see in it.

This is one of my favorite ways to efficiently add variety when playing acoustic. You just take a capo, turn it around backwards, and place it over the A, D, and G strings on the 2nd fret. By doing this you form an Esus4 chord (if you’re in standard tuning). You can also experiment with putting the capo on the 4th fret (and probably others).

I prefer this alternate tuning, because it doesn’t require you to stop and use the tuning knobs on stage. It’s quick, so it’s perfect for that one song that requires a different tuning — but you don’t have to have that spare guitar with you on stage like I did back in the day! You put the capo on for that one song, then remove it to go instantly back to standard tuning, ready for the next song.

Kyser actually makes some partial capos, but their acoustic capos are the ones you can still just turn around backwards.

Alternate tunings can be a great way to spice up a song here and there, but they should be used wisely. Just because you can doesn’t mean you should. Look for opportunities to incorporate alternate tunings that not only sound good, but also add functionality to your worship set. Trust your ear, and get creative!

What are your experiences with alternate tunings? Do you have any favorites and or bad experiences using them? Leave a comment below and join the conversation.